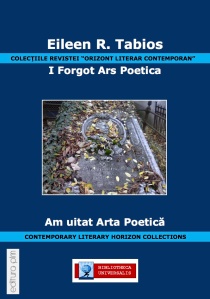 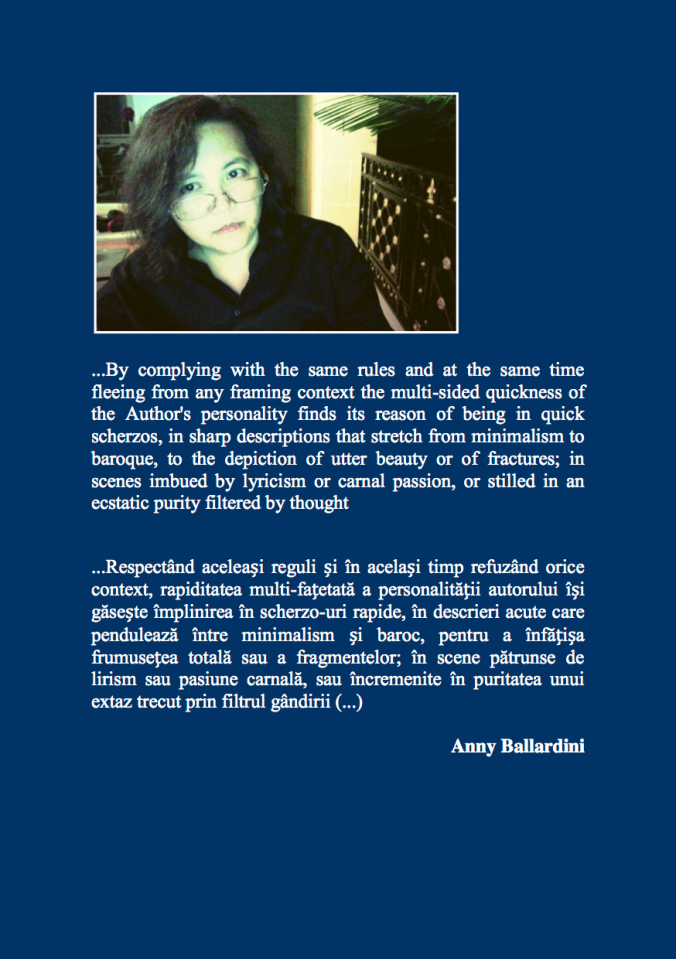 There is continuous movement in these poems which hop from place to place within the mind, hardly allowing the reader a breathing space, and like a musical concerto reaching great heights and lows, twists and turns. Although I never quite comprehend the “you” throughout this work, I do enjoy the mystery of trying to fathom whether this is the country left behind, the one waiting ahead or a lover, a parent, a friend. But this seems unimportant as whichever way it is read it comes back to the same thing—loss/discovery, displacement, loneliness, passions, fears—eventually settling in acceptance and re-discovery of the true sense of the self re-emerging and free. The ‘you’ becomes what you want it to. And yet the reader never becomes “resigned” —there are forever more questions to be asked.

Reproductions of the Empty Flagpole (10 poems)

Menage a Trois With the 21st Century (1 poem)

While the poems are sourced from her prior books, the selections in I FORGOT ARS POETICA also offer a de facto Selected Poems from Ms. Tabios, her first such Selected whose choices are not governed by particular poetic forms (as is the case with her other two Selecteds). As such, I FORGOT ARS POETICA reveals some of Ms. Tabios’ favorite poems from her prolific output. 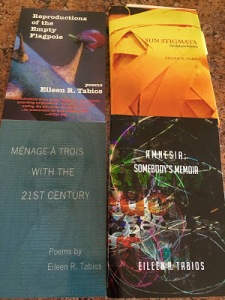 A blog post about I FORGOT ARS POETICA is available at Eileen Verbs Books, July 21, 2016.

One of its poems, “Nobility,” translated into Romanian by Gabriela Apetrei and Teodor Panait, also appeared Contemporary Literary Horizon, Nov.-Dec. 2016.

FROM APPEARANCE IN CLH DICTIONARY: 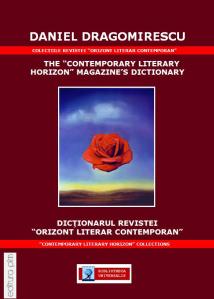 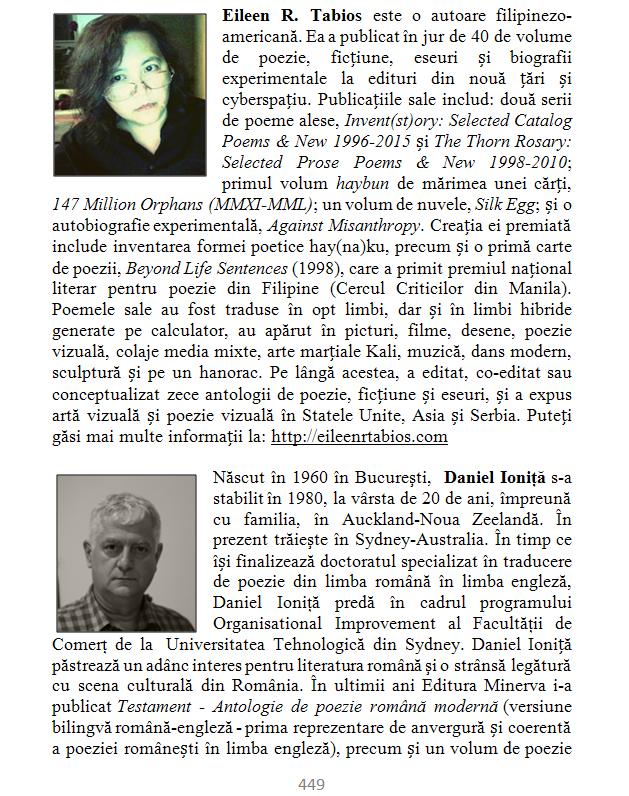